Race report from the EDC in Voss

The world's biggest extreme sports festival invited the iXS European Downhill Cup this year and thus hosted the fourth round of the race series. Difficult conditions due to a lot of rain had to be coped with.

One could say that the races are always the same, because admittedly the offerings are similar for the outsider. But this time it was clearly a special race. On the one hand, the setting was very special, because the fourth round of the European series was held as part of the world's biggest extreme sports festival. On the other hand, it was the venue, because the race took the iXS Cup crew and the participants all the way up north to Voss in Norway. This Scandinavian town is known as a winter destination, but more recently also for many other action-packed leisure activities. The gondola, which takes its passengers from sea level to over 820 metres in less than nine minutes, is certainly exceptional. Once at the summit, you are rewarded with a breathtaking panorama and find yourself at the starting point of hiking trails of all levels of difficulty.

For many from Central and Southern Europe, even the journey to the summit was a bit of an adventure and quite time-consuming. The crew of the iXS Cup, for example, split into two groups. While some flew quite comfortably from Frankfurt, the others made their way via Denmark with two fully packed vans by ferry from Hirtshalsto Bergen. The night crossing was relaxed and rewarded with an unforgettable view of the fjords off the coast of south-eastern Norway. From Bergen it was only an hour's drive, so in conclusion we can say that the journey, which seemed so complicated at first, was not at all. 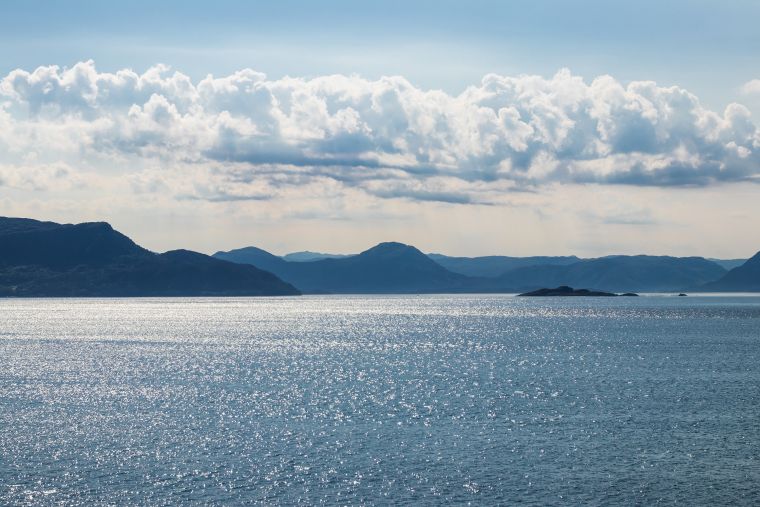 The organising crew of Ekstremsportsveko had already meticulously prepared the race in advance and announced that the track would be extensively reworked. The track walk delivered the first impression: versatile, varied, long, fast, demanding and partly also in need of overcoming, so exactly how a course of a European Cup should be. As expected, the training on Friday was relaxed. 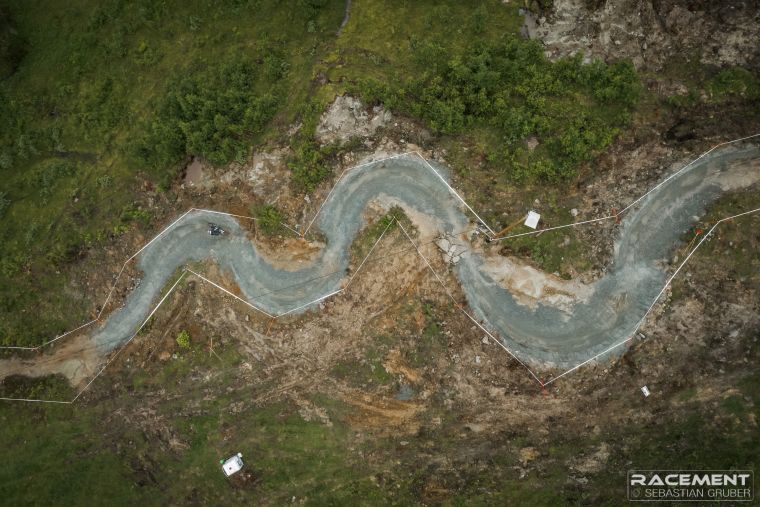 The course was also convincing on two wheels and so the field of participants left the racecourse visibly satisfied. The evening programme at the Ekstremsportsveko included a video review of the day and a musical finale. So if you felt like it, you could end the day in the festival tent with Hip Hop legend Grandmaster Flash.

A little extra spice was added on Saturday by rain, as the course became slippery in many places as well as a little slower and more energy-sapping. In the end, the Norwegians proved their quality and achieved a very close double lead. Simen Smestad (NOR - SK Rye) was fastest on the day with a time of 3:02.663 minutes, while his team mate Ole-Herman Bergby was just two tenths of a second behind. After the equipment care, it was back to the evening programme, this time with Turbonegro, who were the highlight of the stage programme. 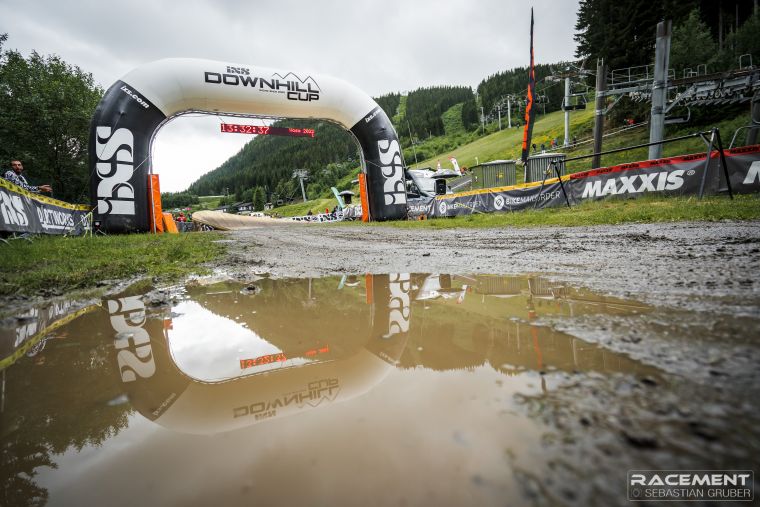 Sunday started rainy again and so the conditions didn't get any easier. The morning was again reserved for a few training laps until the finals started at noon. The young riders started first, because in addition to the European Cup, a round of the Norwegian series was held at the same time. The boys and girls between the ages of 10 and 14 did a remarkable job.

In the Super Final of the Elite Men it was really exciting and the many spectators at the track supported the riders in their performances. Simen Smestad seemed to be really inspired, because the previous day's fastest rider could prove that his result was by no means just a lucky circumstance. The Norwegian outclassed his competitors so much that he was 9.7 seconds ahead of second-placed Tristan Botteram (NED - Canyon CLLCTV). The winning time of 2:57.910 was the only time under the three-minute mark. Third was Atle Laakso (NOR - SK Rye) with a further two seconds gap. 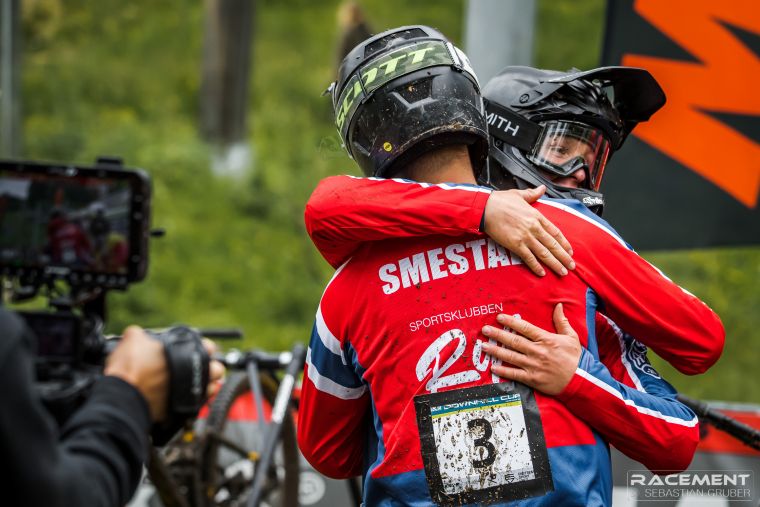 "The conditions here were crazy. It was so slippery. I'm super happy because I wanted to stay under three minutes but wasn't sure if it would be possible today." 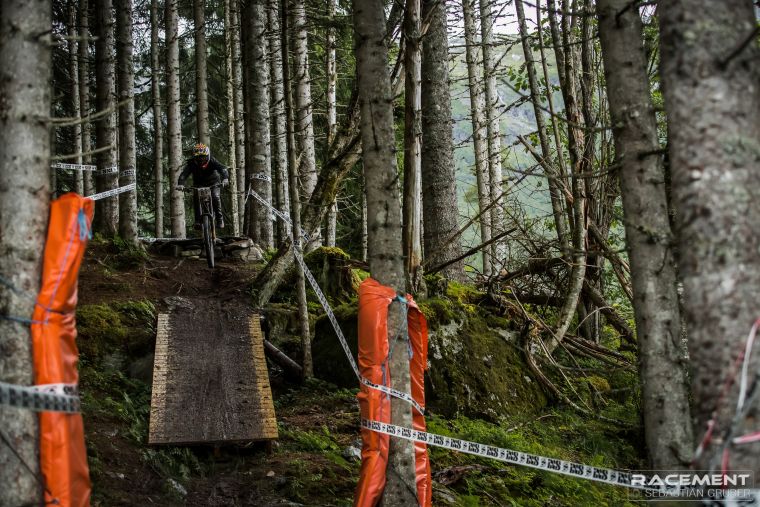 The fastest female time was set by U17 rider Nellie Aabech (NOR - BCsport.no BOC), who was even faster than the winner of the Elite Women class, Julia Hensmanns (GER - KSV Baunatal). Equally remarkable was the time of the winner in the U17 male category, as Marco Lamaris (GRE - APO Koropiou) would have finished an excellent sixth in the elite field.

The premiere of the European Cup at the Ekstremsportsveko was a great success and both enriched the festival and provided a very significant setting for the iXS series. Unfortunately, the weather was not the very best, but the special scenery has made the impressions of the participants