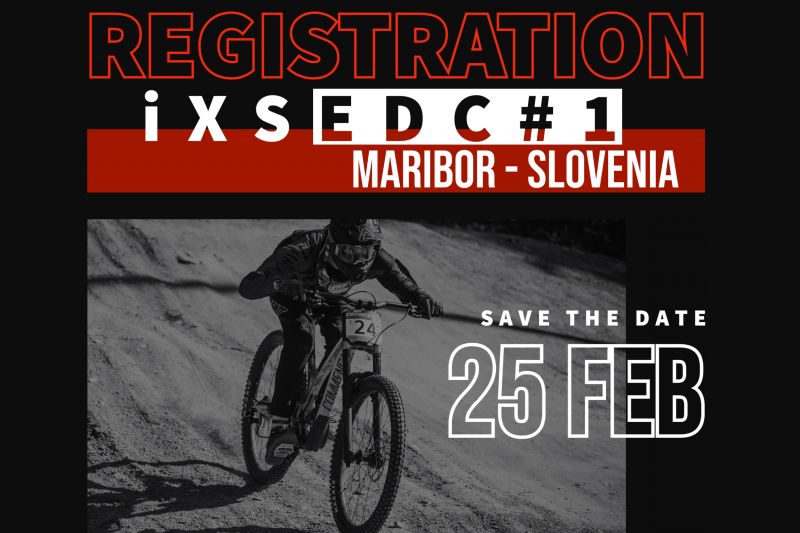 The registration for the first race of the iXS European Downhill Cup 2020 in Maribor opens tomorrow. Many of well-known riders will use the race as preparation for the World Cup one week later.

Winter is finally coming to an end and the new season is about to begin. This year’s season will be opened with the first race of the iXS European Downhill Cup in Maribor. Maribor has already been one of the most popular venues for international races back in the 1990s and it still hasn’t lost its charm today! It still belongs to the favourite courses among the downhill elite. Only one week after the iXS EDC race in Maribor, the World Cup invites the downhill elite to the second round at the same course, so lots of riders will use the race as preparation.

The first race of the season is of course not only about celebrating the end of the offseason, but it is also the first chance to collect points for the 2020 rankings. The first race is a chance for each rider to set the stage for his or her whole season: Who will be this year’s favourites? Who will be your strongest competitors? Who will take home the first title of the season?

Last year 425 riders from 35 nations celebrated the start of the season with perfect conditions in Maribor. Matt Walker (GBR - Madison Saracen Factory Team) and Tracey Hannah (AUS - Polygon UR) left the course as winners, laying the groundwork for a successful season.

The past few weeks and months have been all about changing teams and finding new sponsors – it has been a very exciting offseason and even among the downhill elite no one seemed to be excluded from the various rumours. Let’s just say : this season there will be lots of changes so guessing who’s-who just from they’re outfits and material won’t be easy at first . After all, it takes a while to get used to the new outfits.

Eight weeks – that’s all. In only eight weeks we will start into a new season – time to train and to spend as much time as possible on your bikes. But while waiting and training don’t forget to register! Registration for Maribor will open on Tuesday February 25, 5 pm (CET).