The first race of the season brings the iXS European Downhill Cup to Losinj, Croatia. Varied weather conditions, a Mediterranean atmosphere and a challenging track were the secret ingredients for a successful final day, which finished with Luka Berginc from Slovenia and Jolanda Kiener from Switzerland as the winners. 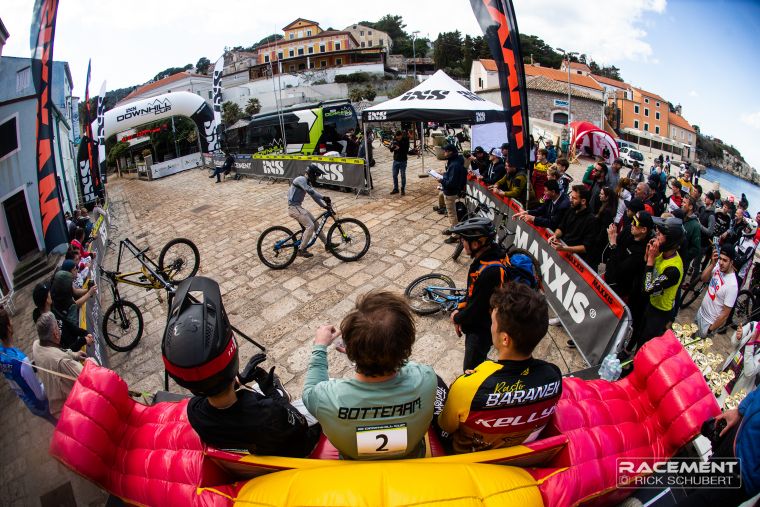 The iXS European Downhill Cup started the season exceptionally early this weekend. The host was the ex-World Cup resort of Losinj - a Croatian island in the Mediterranean Sea. Located in a picturesque landscape, the course was extremely challenging so the demand of the course was increased significantly due to the changing weather conditions.

Even though the early date and certainly still the effects of the pandemic made it difficult for some to participate, about 200 riders from 21 nations were registered. The field of riders was high-caliber and it was clear that for some it was a matter of points for the overall standings right from the start.

On Friday, after the start numbers had been handed out, the track walk started. Followed by the first practice session in initially dry and then rainy conditions. The short but tough track had nothing to do with a bike park line, but was a real challenge for man and material due to the extremely stony ground.

Also on Saturday, the track was at the beginning very slippery due to the moisture. Ideally, however, the sun came out and thus the conditions improved, so that the grip level in the qualification was again significantly higher. In the end, Jolanda Kiener (SUI - HOT-TRAIL Gravity) and Jure Zabjek (SLO - Unior-Sinter Factory Racing) won the elite classes. 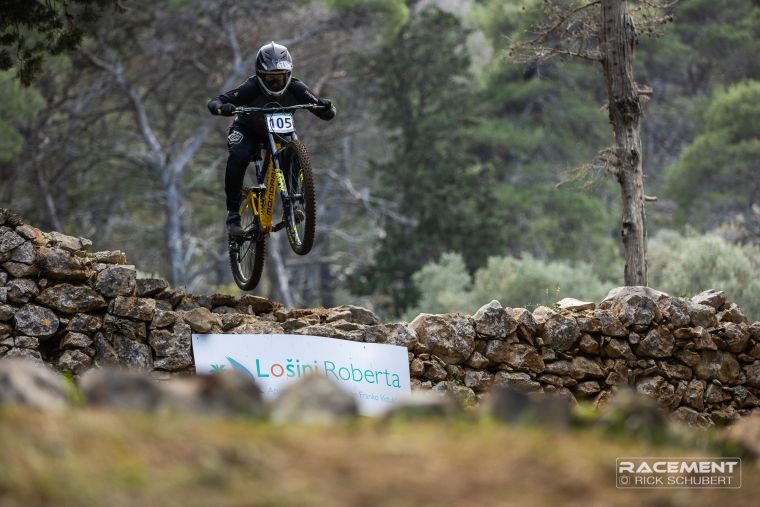 Sunday started with blue sky and sunshine. Thus, the weather finally lived up to expectations and the venue presented itself in a spring atmosphere. The track became faster once again and it was clear that the results would be close. In the end, Luka Berginc (SLO - DH Visit Poherje) won the Elite Men class with a time of 2:21.059. Behind him lined up the German champion Simon Maurer (GER - Banshee Racing Brigade) and previous day's fastest Jure Zabjek. Fastest in the Elite Women class was again Jolanda Kiener, relegating Justine Welzel (GER) and Vilma Gombalová (SVK - Kraps Racing Team) to the following places. 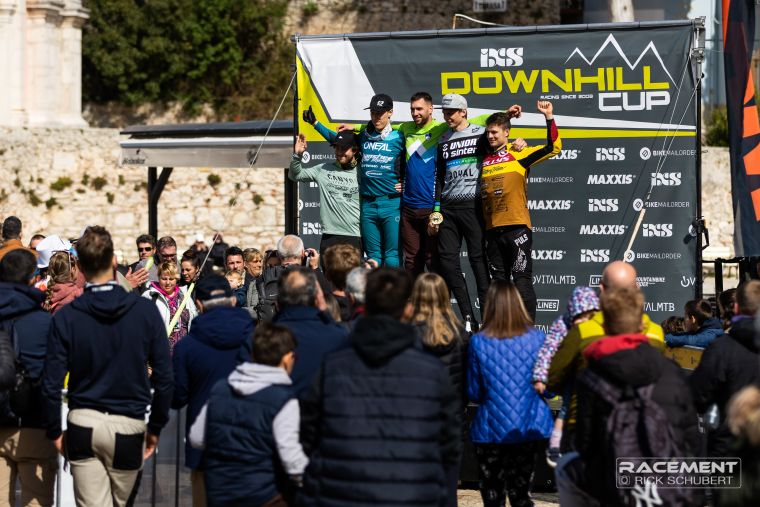 „It was tough conditions, but I liked that. I had a few mistakes and not every line was perfect. But I jumped some things, that I wanted to jump. I’m really happy about it and it’s a nice location here. Now I enjoy the sea.“

„The race was amazing! All the hard work during the winter finally paid off. There was so much raining going on. It was a long race with hard conditions. So I’m super happy with my result. And I’m ready for the next race!“