The racing season is finally in full swing and so the iXS European Downhill Cup continued. Maribor in Slovenia was on the agenda and more than 320 athletes from 30 nations followed the invitation.

Maribor is a very well-known place in the downhill circus. For many years, top-class races have been held in the Slovenian metropolis. Last weekend, this history was continued with a race of the iXS European Downhill Cup. The course was specially prepared for this event and some new sections ensured that the former World Cup course will probably be one of the most popular of this season. Especially the new steep section, which was created due to necessary forest clearing, seemed to please the participants. Apart from that, the course was again a mix of everything that the shapers' building set had to offer, for example, berms, jumps, root passages and rock gardens. 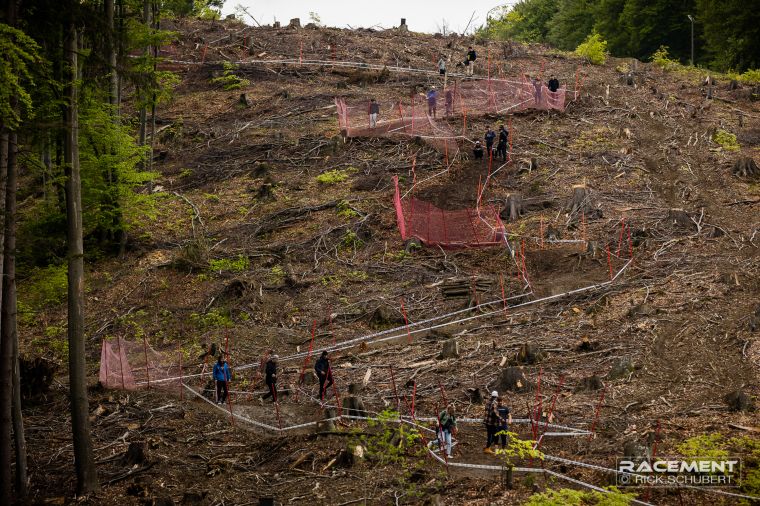 Unlike in previous years, Maribor was not the start of the series this time, because it already started a month ago in Losinj. On the Croatian island, the season kicked off in a special atmosphere with Mediterranean flair. The race served as the first indicator and therefore the roles of the favourites were more clearly assigned this time. 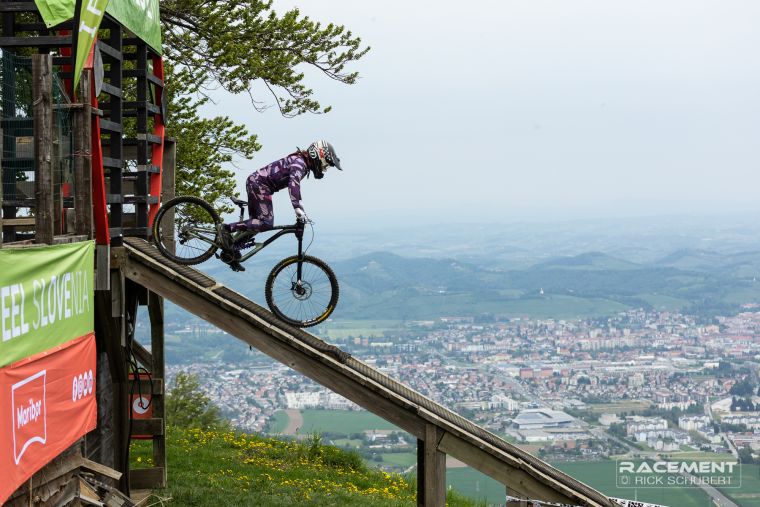 Maribor is a city in north-eastern Slovenia with more than 112,000 inhabitants.

Friday started with the track walk in dry conditions, although the surface was a bit wet and slippery in some places. Afterwards, the usual six hours of free practice were on the agenda. Saturday presented a completely different picture. Continuous rain softened the surface and made the 2.6-kilometre course with 450 metres of altitude a real challenge. There was a fine line between the necessary traction and uncontrolled sliding. However, especially the mental ability to adapt to the difficult conditions was probably the most important requirement. Monika Hrastnik (SLO - Dorval AM Commencal) and Jure Zabjek (SLO - Unior-Sinter Factory Racing) finished the day as fastest in the qualification. 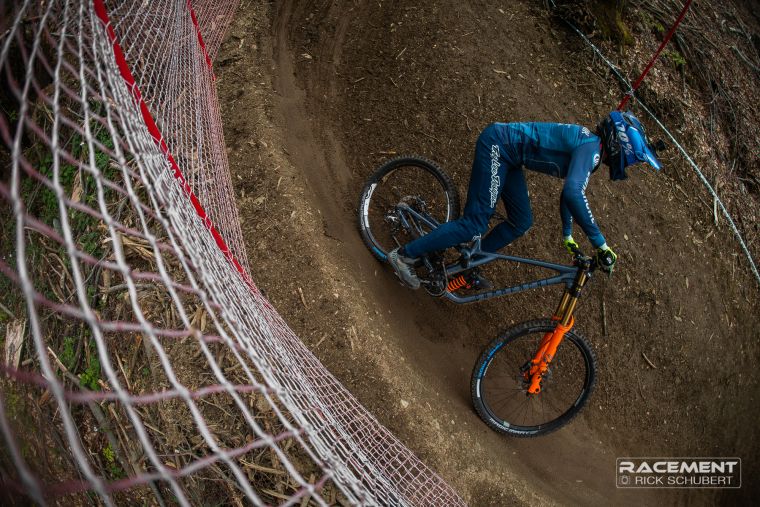 Monika Hrastnik needed 4:27.716 minutes and in the end had a lead of almost 10 seconds

The final day looked a lot better from a weather point of view. Around noon the sun even showed up. Of course, everyone can imagine what this means for the track. The previously liquid mud became more and more sticky, which did not really increase the grip level, because the tread of the tyres tends to clog in such conditions. In addition, the mass likes to stick to the bike, which makes it all the heavier. So although the atmosphere was much more appropriate for the occasion and the mood among the riders was extremely good, it didn't get any easier.

In the Elite Women's class Monika Hrastnik dominated again with a time of 4:28.512 minutes and a lead of 4.266 seconds over Anna Newkirk (USA - Beyond Racing) and Lisa Gava (ITA - 3stars - Alessibici). 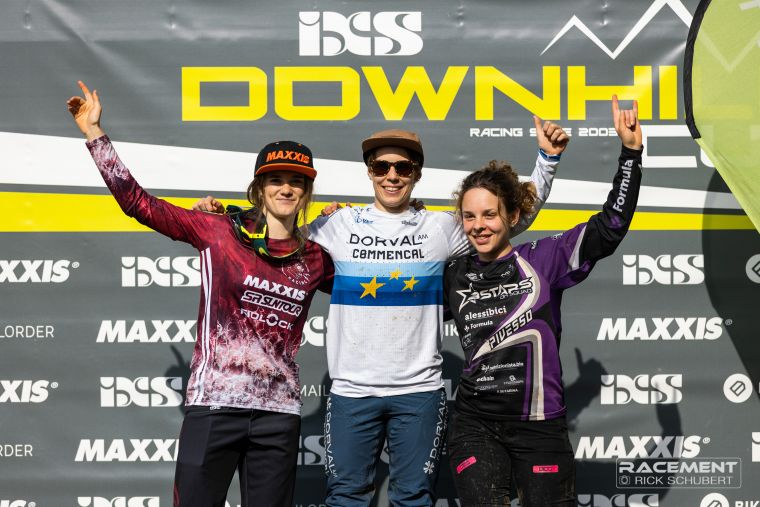 „My run was messy. I made a lot of mistakes. It was so difficult to stay in line, but I'm really happy with first place.“

The Elite Men class was won by Luka Berginc (SLO - DH Visit Pohorje) with a time of 3:27.149 minutes. He repeated his victory from Losinj and extended his series lead. Second was Johannes Fischbach (GER - Raymon Racing) with only one second behind, followed by Oliver Zwar (SWE - Union). 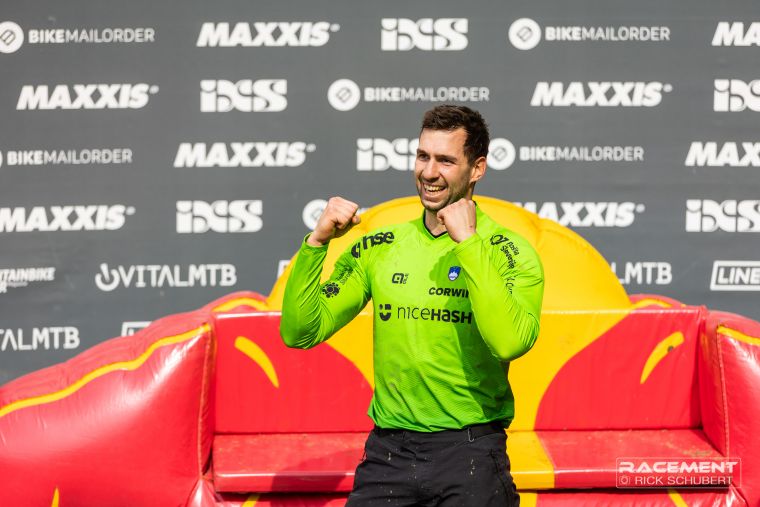 „The second round is finished and I´m super happy with it. I trained a lot this year in the off-season and it's paying off. I‘m super stoked about that. My race run was good, I made a few mistakes like probably everyone else, but it was enough for the win.“