Gava and Berginc are the 2022 European Cup winners

This year's last race of the iXS European Downhill Cup brought 250 participants from 32 nations to Pila. In the best conditions, Lisa Gava and Luka Berginc secured the prestigious series victories.

In its 15th season, the iXS European Downhill Cup once again delivered a top-class series of competitions. It started in April on the Croatian island of Losinj and offered a unique flair with a finish area directly by the sea. A few weeks later, the series made a guest appearance in the former World Cup town of Maribor. The metropolis with over 100,000 inhabitants once again provided a perfect setting for a challenging race. For the third race, it was off to Semmering in Austria, near Vienna, where a tough course challenged the participants. Race number four took the series up north. For the first time, a European Cup was held at the Ekstremsportsveko in Norway, the world's largest extreme sports festival. Now it was time for the end of the season, and Pila in Italy was the venue for this event. 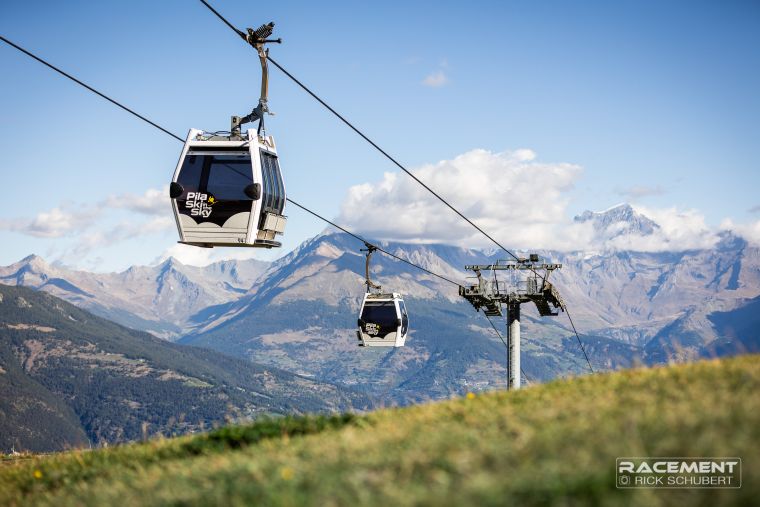 High above the Aosta Valley, at 1,800 metres above sea level, lies a sports area that offers numerous ski slopes on the massif of the Punta della Valle in winter. In summer, there have been offers for mountain biking there for two decades. Pila hosted the World Cup as early as 2005. The course named after the former and already deceased World Cup professional Corrado Herin is still on these traces today. About 2,700 metres in length and a 460-metre difference in altitude are the topographical data that alone suggest a strenuous affair. But it is not without reason that the course is one of the most popular of the season, because it contains everything you could wish for in a race track. In addition to the typical difficult ingredients, such as rocks, roots, open curves, berms and jumps of all kinds, this course has above all a lot of flow and the invitation to leave the brakes open. 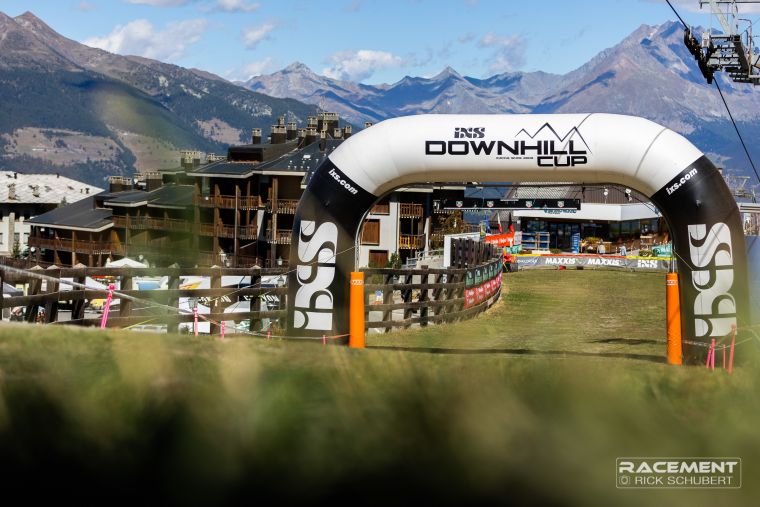 The conditions were once again perfect. Blue skies and pleasant temperatures, apart from perhaps the first lift ride in the morning, greeted the riders. The course was dusty, something everyone has had the chance to practice often enough in race mode this season. After the track walk on Friday, the 250 participants had plenty of time to get to know the fast lines. On Saturday morning, there was another extensive training session, which made the European Cup a fairly relaxed affair for participants, at least in terms of time. The following qualification was about the starting grid on Sunday and important points for the series ranking, but also about the entry into the Super Final in the Elite Men class, where the best 30 will race for the race victory. 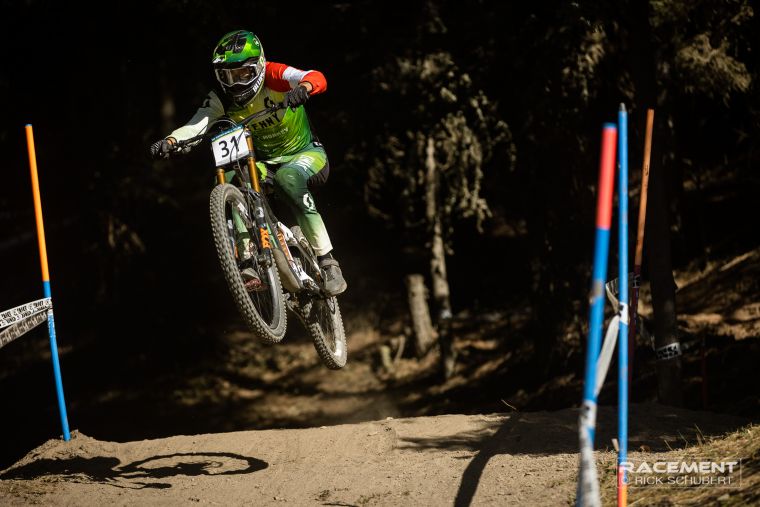 Yannick Baechler (SUI - VV Racing Academy) and Veronika Widmann (ITA - Madison Saracen) were the fastest on the day with a time of 3:47.345 minutes and 4:30.088 minutes respectively. The gaps to their rivals were quite close, so an exciting season finale was guaranteed.

Sunday started again with bright blue skies. The protagonists had another training session in the morning. However, they also had to save their energy, because the long course, which partly resembled a sandpit, was extremely exhausting. As usual, the masters started first, before the U17 and U19 classes took their turn. Already on the previous day, the times achieved there were absolutely remarkable and therefore a look at the result lists is recommended. Some of the names listed there will probably belong to the world elite in the not too distant future. 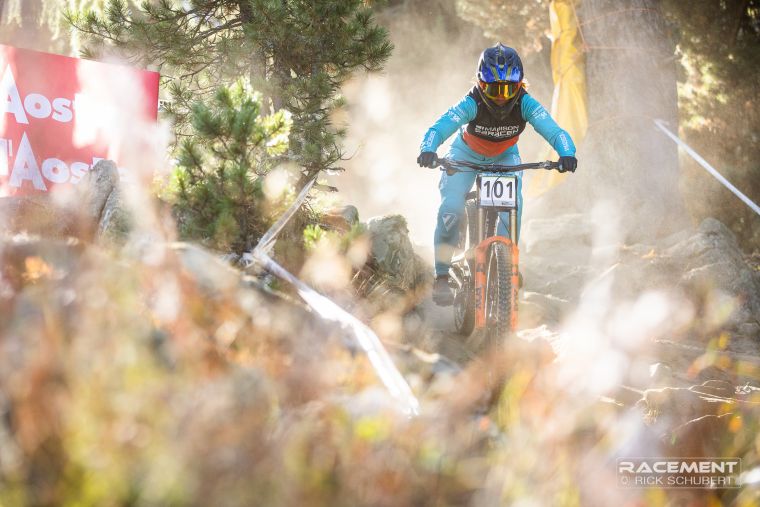 In the Elite Women class, Veronika Widmann left no stone unturned and proved her quality with a time of 4:23.393 minutes, which gave her a lead of almost ten seconds over Lisa Baumann (SUI - Commencal les Orres). Third place went to former cross country rider Ramona Laura Kupferschmied (SUI - Swiss MTB Pro Team), who can thus probably end her second downhill year very satisfied. In the overall ranking, however, it looked a little different, as Lisa Gava (ITA - 3stars - Alessibici) secured the series victory with only two points ahead of Marlena Neissl (AUT) despite problems in the final run. 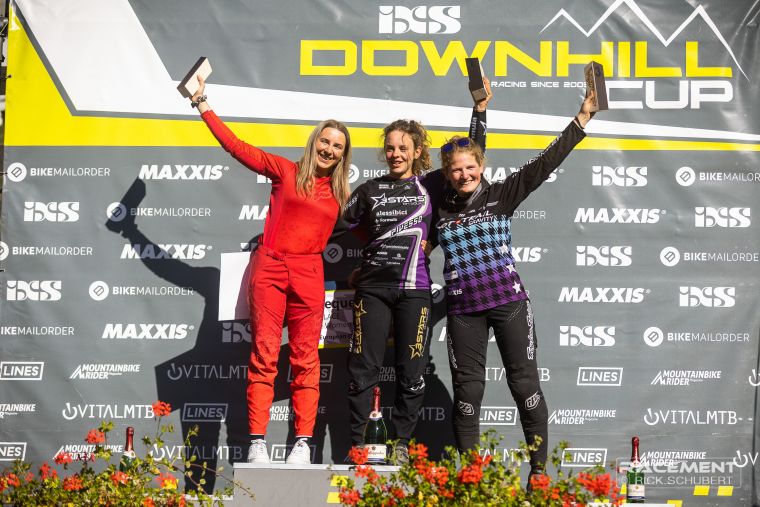 In the Elite Men, the Super Final was a very exciting competition. The first three places were within one second of each other at the end and the series result was also shaken up once again. Onni Rainio (FIN - Trek Finland) set the fastest time of the day with 3:48.620 minutes, beating Tristan Botteram (NED - Canyon CLLCTV) and Simen Smestad (NOR - SK Rye) into second and third place. 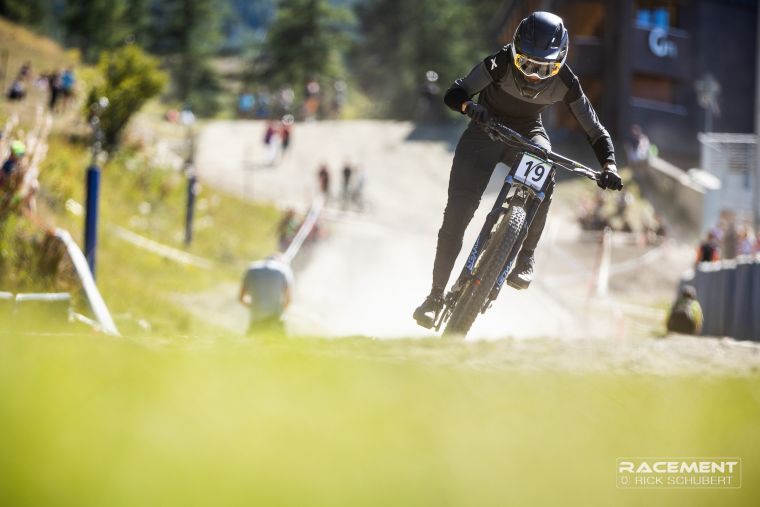 Onni Rainio was probably a rather surprising winner for many, but he deserved it.

With this result, the series ranking was similarly close as in the women's race, as Tristan Botteram was pushed out of first place with only six points. The 2022 series winner is Luka Berginc (SLO - KK Črn Trn), who will have the best memories of the season after his victories in Losinj and Maribor. 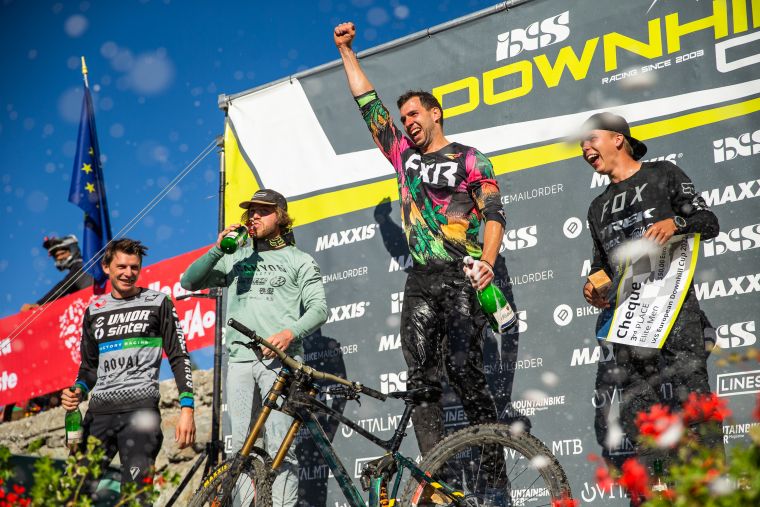 Pila is and remains a very special place. The iXS European Downhill Cup has been here seven times since 2011 and the enthusiasm of the people involved has always been exceptional. With this conclusion, the iXS Cup now says goodbye to the off-season, with the finals of the Specialized RockShox Rookies Cup and the iXS International Rookies Championships in Schladming, Austria, still to come for the youngsters.